Park to be upgraded 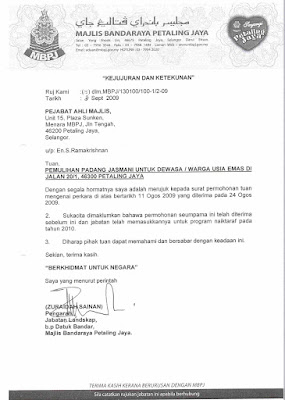 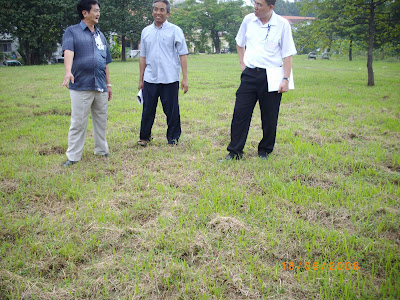 I received a letter from MBPJ Landscape Department today, informing me that the small park in Jalan 20/1, Paramount Garden will be upgraded and budget for the upgrading project has been allocated in the 2010 council budget.
This is a good news for me and the residents staying around Jalan 20/1 as open spaces, fields and parks have been scarce in Paramount Garden and SEA Park.
The field has been left idle since many years ago. When I was first elected as ADUN for Kampung Tunku, I was brought by the residents on 18th June 2008 to visit the area. There were many holes in the field and it was surface was rather uneven then. I believe it is still the same now.
I was told that the field was a popular spot for fisher to catch earthworms. They would normally drop by the field before heading to Taman Aman, a recreational pond locating in Kampung Tunku. At that time, Taman Aman was not placed under MBPJ and a lot of fishers loved to fish there.
I hope that upgrading work can start early next year and the residents can make good use of the field for their getogethers and gatherings to enhance neighbourhood.