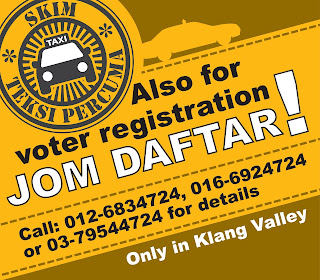 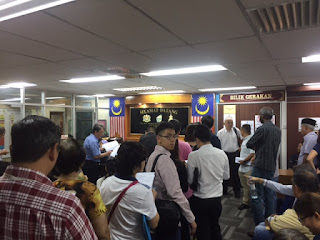 I would like to remind all Malaysian citizens who have registered as new voters via Form A (Borang A) to be vigilant and constantly check their registration status via daftarj.spr.gov.my, for those who are being objected will have an error message shown in their status: “Dalam Proses Siasatan Kerana Pemilih Dibantah”.
A person who sees such message in his/her registration status will expect the EC to notify him/her via a notice name “Form D” posted to his IC address via registered mail. Although there is a legal right for anybody from the same constituency to put up their objection in accordance with Regulation 15(1) of the Elections (Registration of Electors) Regulations 2002, such right maybe abused as we have seen recently when there are enormous number of non-Malay voters registering to vote in constituencies contested by UMNO being objected.

Once an objection is allowed, Regulation 17 will be kick-started, EC must call for an Inquiry and the objector will have to present his prima facie proof to establish his objection. However, I urge EC to also take note of Regulation 17(5), even though the person being objected is absent from the inquiry, the objector will still have to present his case with his prima facie proof.

Under Regulation 17(8), if such prima facie proof is not presented by the objector, the objection will be deemed as failed.

Under Regulation 18, such failed objection will be deemed as without reasonable cause and the person so being objected is entitled to a claim for expenses incurred not exceeding RM200. I was made to aware that the EC is only awarding RM100 to each person so being objected. For those who believe they are entitled to be paid RM200, they must bring evidence to substantiate their claim, i.e. loss of income, loss of tuition fees in terms of the number of credit hours so lost, additional expenses in taking a taxi to EC office etc. As far as we are aware about, EC is only awarding RM100, which in my opinion is a case that can be argued out. 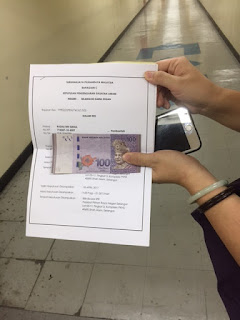 In any case, Regulation 20(1) also allows any person so aggrieved by the decision of the EC to appeal its decision to the level of an “Adjudicating Officer”. In many instances, EC does not seem to have invoked Regulations 15(5), (6) and (7) to filter out any mala fide, unqualified or unjustified objections. EC also does not seem to have informed those who are being objected and whose names are expunged from the electoral roll that they can still seek for redress under Regulation 20(1).

Therefore, it is the intention of this press conference to not only highlight the existence of these regulations to EC but also to inform the public the right they enjoy in the case of them being objected. It is also strongly advised that for new voters who were being objected, who were absent for the inquiry, to present themselves at the EC office afterwards and request to appeal against the EC’s decision if their names were already expunged from the electoral roll. Alternatively, they can re-register themselves on the spot since they are already present at EC office.