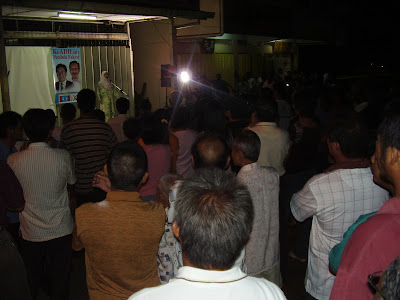 Datin Wan Azizah was spoken to a crowd of about 200 people in Batang Berjuntai at around 8:30pm. 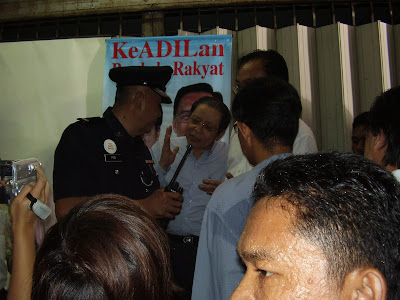 Police intervened at about 8:45pm - Reasons? No police permit! You can see LKS was speaking to him: "In my 40 years of participation in small and big election, there's no need to apply police permit. What permit you are talking about?" 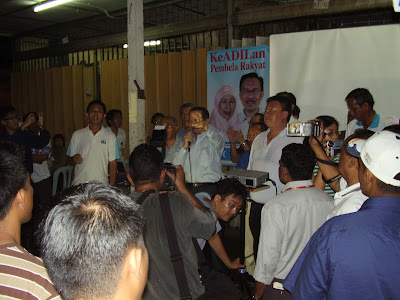 After temporarily "dispersing" the police, LKS continued his short ceramah to explain what happened moments ago. 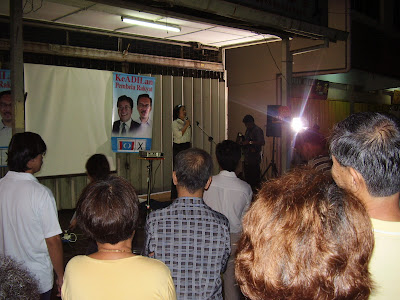 Po Kuan went on smoothly with her speech. Time: 9:15pm. 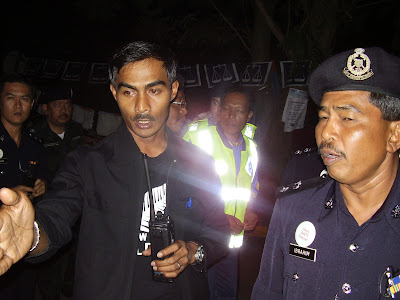 Police was gathering force. Heard that FRU had been called. 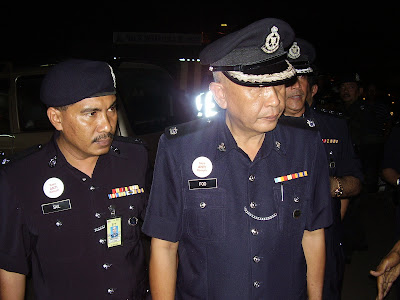 Looks like the person in charge was also coming. 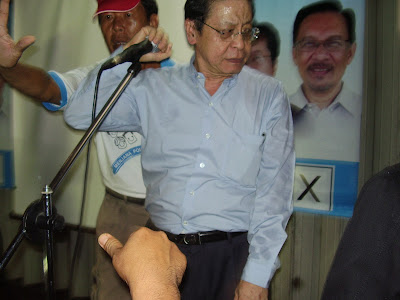 Interuption started when LKS was half-way delivering his speech - Photos taken when police officers tried to ambush and surround him. No Fear! 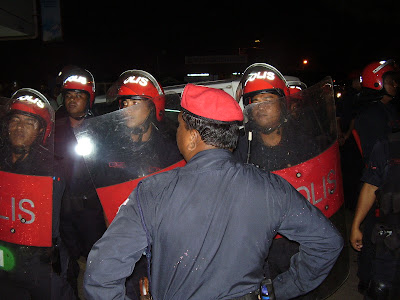 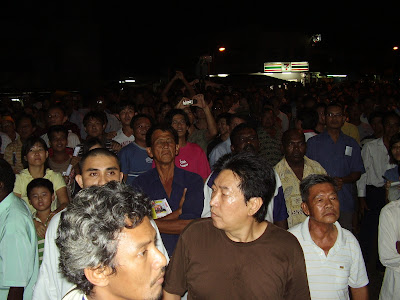 Nobody is leaving! They were not frightened at all! 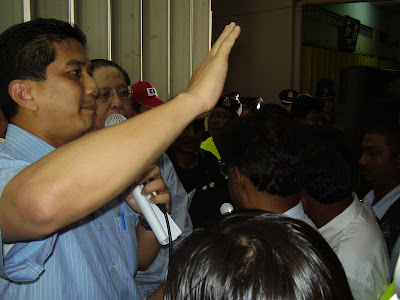 In order not to be lamented as campaigning violently, Azmin told public to disperce and move to other ceramahs.

The camera does not lie. The bodek mainstream papers have blacked out news on this completely. Hopefully word of this "police intervention" on directives of Najib will reverberate throughout Ijok, make the voters of all races fed up and give Khalid Ibrahim a resounding victory.

Anwar,Kit Siang, Khalid, Azmin , Po Kuan and others should CARRY ON WITH THEIR CERAMAHS and ignore the police who are only taking orders from their "kiasu" political master Najib.