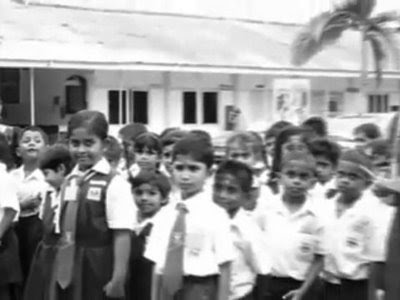 With the appointment of G. Palanivel as the second Malaysian Indian cabinet minister appointed from MIC, the percentage of Malaysian Indian ministers will subsequently increase from three percents to six percents. Is Najib bringing us back to Tun Razak’s time? Not really so.

When UMNO cabinet ministers still form a substantial 74% even with the appointment of G. Palanivel as full cabinet minister, the way cabinet works will continue to be as usual as before.

Therefore, the statement from Najib that “he is bringing us back to Tun Razak’s time with two Indian cabinet ministers” is quite untrue in the sense that it is not the same cabinet line-up like Tun Razak’s time. Even so, UMNO’s 74% dominance in the cabinet is also questionable when the UMNO only contributes 56% of the total number of BN’s MPs in Dewan Rakyat.

For example, there are people talking about high poverty rate and the marginalization of poor working class Indian families to the extent that young Malaysian Indians from such brackground, who are mainly school drop-outs with little education, become gangsters and involve in criminal activities. Have we ever thought helping the community to improve their livelihood, schooling conditions and even their spiritual needs instead of pushing it as the problems of the community?

The community has heard many power-packed speeches from the past and present leaders. Unfortunately the community was disappointed once and again. To put salt into wounds, Najib The prime minister yesterday even said there must be “quid pro quo” between Barisan Nasional BN component party MIC and the ruling coalition if both wished to benefit from their relationship as “loyal friends”. He claimed that “there must be an understanding”, that the “MIC must deliver first, then BN will deliver”.

Such statement is no different from Najib’s infamous “You help me, I help you” statement made during Sibu by-election in 2010. Can we imagine that the fate of 1.9 million Malaysian Indians rely solely on barter trade made between Najib and Palanivel?

The community does not require a wishlist like what is proposed by G. Palanivel. What they require is a comprehensive plan to place the community into mainstream development, possessing the competitive edge and ability to face immediate and future challenges. Pakatan Rakyat is working hard on this with our limited resources not only for the Indians but also for the poor and marginalized Malaysians. The “Merakyatkan Ekonomi Selangor” (MES) policy by Selangor Pakatan Rakyat state government is a reflection of our sincerity to uplift the living standard of the poor and marginalized Selangor people including poor Indians living either in urban areas, estates or plantations.

The way forward for Malaysian Indians can no longer rely on the race-based barter trade between Najib and Palanivel. Instead, it must be based on colour-blind policy.