Among the problems at the three-storey market that has been around for about 20 years are broken ceiling panes on the third floor, lack of toilet facilities for women and low water pressure, especially on weekends.

“The traders are hoping that the Petaling Jaya City Council (MBPJ) can fix the ceiling and add water storage tanks to overcome the low water pressure problem,” Kampung Tunku assemblyman Lau Weng San said when he visited the market recently. 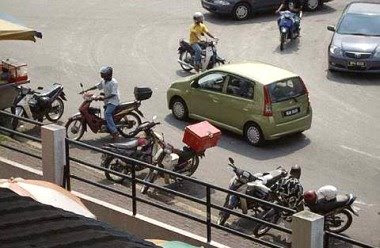 Motorcycles parked along the road outside the market also inconvenience other motorists.

Lau also visited the field at SS9A/1, where there are plans to develop a nearby 1.39ha plot in a three-phase project.

The first phase is to upgrade the field and to build a three-storey bazaar with a basement car park next to the field. The next two phases involve building a 16-storey apartment building and a four-storey commercial building on two other plots of land.

“Residents in the area were not consulted before the plans were approved so I hope this is done before work is carried out,” said Lau.

Email ThisBlogThis!Share to TwitterShare to FacebookShare to Pinterest
Labels: PJ