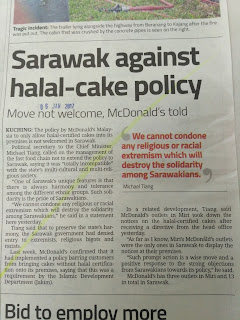 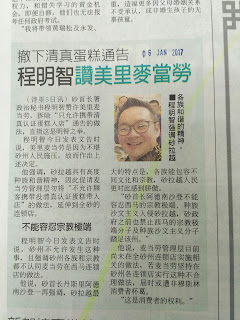 In plain words, he is just a staff and he only represents himself. He does not even represent the Chief Minister unless he is instructed by the Chief Minister to issue such statement, let alone the state government. His statement can never be misunderstood as “directive or ruling from the state government”.
Read more »
Posted by LAU WENG SAN at 1/06/2017 04:56:00 pm No comments: