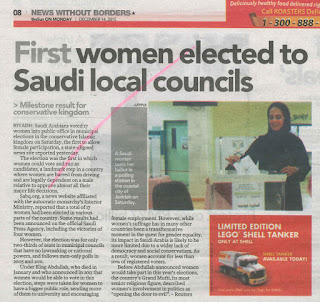 Yes, ask ourselves, in Malaysia, do we have local government election, let alone the first elected female councillor?

Can they give us an answer?