Since BN strategic communications deputy director Eric See-To has the cheek to claim that it is senseless for the Federal Government to collect Goods and Services Tax (GST) on the East Coast Rail Link (ECRL) project, as the government would have to pay GST back to itself, then he should also advocate for the Federal Government to abolish or waive GST on all procurements related and services provided by all thirteen state governments and hundreds of local governments in Malaysia.

This is even more pertinent and relevant when local councils in Selangor particularly, have been faithfully and diligently paying their fair share of their GST, only to find themselves dwelling into another yet long waiting list for their refunds, something that unnecessarily affects the operation of local councils in Malaysia.

A question by DAP ADUN for Balakong Eddie Ng Tien Chee on 9th November 2017 in the Selangor State Legislative Assembly revealed that all local councils in Selangor paid more than RM6.16 million as GST output taxes to the Inland Revenue Board (IRB) from 1st April 2014 till July 2017.

However, the amount of GST waiting to be refunded by IRB to all 12 local councils in Selangor amounts to more than RM36 million within the same period. While we are not supplied with the latest information as of today, but such a RM30 million “deficit”, which is wholly unnecessary and manmade in nature, is certainly the last thing any government on earth will desire.
Read more »
Posted by LAU WENG SAN at 4/18/2018 09:11:00 am No comments: 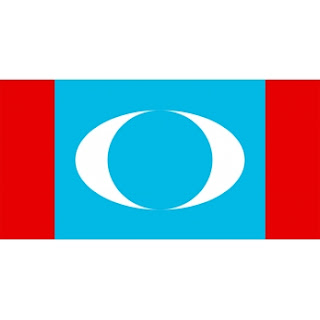 直至上週五，社團註冊局發出臨時解散令給希盟其中一個成員黨——團結黨。我相信，這可能與希盟或以團結黨的大紅花標誌參選有關。如是這樣，這必定在馬來選區為巫統和國陣帶來巨大的壓力。現在團結黨已遭臨時解散，意味大紅花標誌無法成為希盟的共同標誌。
Read more »
Posted by LAU WENG SAN at 4/11/2018 08:34:00 am No comments:

這些數據令人質問，馬來西亞半島地位位置介於泰國和新加坡之間，另有東馬沙巴和砂朥越，到底我們的旅遊業還有什麼地方做得不好？馬來西亞華裔人口佔25巴仙，華語普及率絕對比東盟任何一個國家高，為何中國遊客偏愛泰國？
Read more »
Posted by LAU WENG SAN at 4/04/2018 08:06:00 am No comments: