Selepas Tsunami / After The Tsunami

Residents gathering in SS3 goes on despite rain 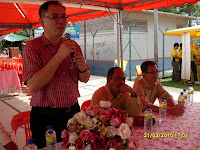 Wednesday March 24, 2010
Residents gathering in SS3 goes on despite rain
By FAZLEENA AZIZ (fazleena@thestar.com.my)
IT was raining heavily but spirits were high as about 100 residents from Jalan SS3/72, 74, 76 & 78 in Petaling Jaya gathered for a get-together recently.
The event was organised by the pro tem neighbourhood watch for roads SS3/ 72, 74, 76 & 78 in a bid to promote and get to know their neighbours.
Present at the event were Petaling Jaya Utara MP Tony Pua, Kampung Tunku assemblyman Lau Weng San and Petaling Jaya OCPD Asst Comm Arjunaidi Mohamed.
During the gathering, issues like security, crime rates and police efforts were highlighted.
Lau pointed out the pro tem committee would not be affected by the gated and guarded guidelines.
Recently, the Selangor state government had come out with the draft for gated and guarded guidelines.
He said the committee had engaged with patrol services and had not closed up any roads.
“In the guidelines, it is stated that 85% of the community must support gated and guarded community.
“We are gathering feedback from the residents associations and rukun tetangga,” he said at the event.
Lau said the crime rate in SS3/72, 74, 76 & 78 had reduced since last year and the committee had at least 95% of subscription for security.
He also spoke about the lack of police personnel at the Sungai Way station, which covered a large area.
Speaking on security and crime, Pua added that Klang and Petaling Jaya had the highest crime rate in the state.
However, the rate has gone down in local areas in half a year due to visible police presence like patrolling and road blocks.
He said engaging in security services were expensive as residents tend to fork out a lot of money each year.
“With more police presence we hope the crime rate will go down,” he said, adding that the General Operation Force from Bukit Aman have been brought in to help until the number of local police officers were increased.
According to Arjunaidi they were trying to cope with the crime rate and now they are concentrating on hotspot areas like Seapark and Damansara.
He said the crime rate was much lower in areas like SS3 & 5 but gave an assurance that they were beefing up personnel in Seapark and Daman-sara.
“We have more people in Seapark, Damansara and Kampung Subang.
“To my understanding, there are plans for Kelana Jaya and Sungai way as well,” he said.
Posted by LAU WENG SAN at 3/24/2010 07:49:00 am No comments:

I have received a copy of draft version of gated and Guarded Community Guidelines last Friday from the Selangor Properties and Housing Board (Lembaga Perumahan dan Hartanah Selangor, LPHS). All elected representatives are given a copy of the guideline and are given 14 days to reply the board if there is any comments or suggestion pertaining to the guidelines.

The Federal Government, under the Ministry of Housing and Local Governments, has numeriously spoken on the subject but a proper guideline has not been revealed for discussion with stakeholders.

However, Selangor State Government under Pakatan Rakyat has taken the lead on this matter and formulated the proposed draft guideline after months of discussions with stakeholders.

I welcome all to visit my blog (www.lauwengsan.com) and Facebook account (www.facebook.com/lauwengsan) to download a copy of the draft guidelines which I have scanned and uploaded onto the internet.

As I am given only 14 days to reply to the state government before the guidelines are taken up to a higher level for EXCO's discussions and approval, you are most welcome to email me at lauwengsan@gmail.com for any comments you want to convey to the state government before 21st March 2010 so that I will have enough time to compile the suggestions and forward to the board.

The Kampung Tunku State Assemblyman Service Centre will be organizing a forum on GST entitled "No To More Taxes, No To GST" on 17th March 2010, Wednesday in Crystal Crown Hotel, Petaling Jaya.

The Federal Goverment has already tabled the GST bill in the parliament for first reading during the previous parliament session intended to implement GST in mid 2011. GST has been heavily criticised as a repressive taxation system which will have an effect on all people. That means all citizens despite varying income level are entitled to pay GST on all purchases except on certain items.

Although the Second Finance Minister Ahmad Husni Hanadzlah announced yesterday that the Federal Government will put off the tabling of the controversial for Goods and Services Tax (GST) bill for second reading when Parliament resumes its sitting on Monday as the Federal Government needs more time to gather feedback from the people and.

Still, we believe that the people deserve more information on the implementation of GST as its implementation is just a matter of time. We shall not forget that the idea of implementing GST was first tabled by the Federal Government under the then Prime Minister, Tun Abdullah Ahmad Badawi in 2006.

This is another round of public forum organised by Pakatan Rakyat to enlighten the people on the adverse effect of GST.

The forum is open to all and my office will also be registering new voters, old folks and new born babies programme by the Selangor Government etc. For details, please contact my office at 03-78754724.

Ku Li calls for review of federal-state relations: "Tengku Razaleigh Hamzah has called for a review of the federal and state relations, in order to keep up with recent developments. He said when the Malay Rulers signed the Federation of Malaya agreement in 1947, they did not foresee future circumstances.
Full story"
Posted by LAU WENG SAN at 3/11/2010 10:57:00 pm No comments:

Prime Minister Najib Razak's statement yesterday that local council election are not necessary as they would only lead to politicking which does not benefit the people, contradicts his vision of putting the people's interest first. If the performances of local councils are far below the rakyat's expectations, then Najib should "release" the federal government's tight grip on local councils.

Najib also said that it is more important for local authorities to concentrate on improving their services to the people rather than be involved in politicking and campaigning.

One of the reasons why local councils nationwide are not living up to the expectations of the people is that they are limited by all sorts of financial constraints and administrative rulings set by the Federal Government such as the Ministry of Finance and so on.

There is also a ruling that restricts local councils in terms of the selection of contractors. For example, small projects are only open to Class F contractors and Alam Flora's agreement with local councils is restricted to Bumiputera contractors only. Local councils no longer handle sewerage discharge and treatment as it has been placed under Indah Water Konsortium (IWK), a national sewerage company, wholly-owned by the Minister of Finance Incorporated. Furthermore, the construction of schools and other building structures that are funded by the Federal Government do not require planning approval from local authorities.

It is the time to return the third vote to the people and the Federal Government must be prepared to return sovereignty to the local councils so that they can run the municipalities for the benefit and interest of the stakeholders in the local community. 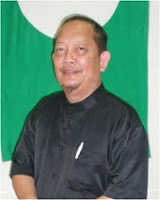 In order to fulfill one of my electoral pledges, I have uploaded the breakdowns of my constituency development fund in 2009 for public viewing. Please bear in mind that these are my own records as records from the Land Office are yet available as some of the documents were not available when MACC raided their office mid 2009.
Posted by LAU WENG SAN at 3/02/2010 04:42:00 pm 1 comment: