In a statement yesterday, Lau (right) said the latest MACC pledge to investigate 36 cases highlighted by the Auditor-General's Report 2010 was thus meaningless because of many unsolved cases as recent as five years ago.

"This is because MACC has yet to resolve cases of wrongdoing in government procurement since 2006 where prices were grossly inflated," he said.

“This phenomena has been recurring annually despite the repeated criticisms by the National Audit Department.

“Unfortunately, with every Auditor-General’s Report, we see almost no follow up action by the MACC to bring those responsible to justice,” he said.

Lau said that the MACC had also failed to take action against various “big fishes” which have been repeatedly accused of corrupted practices.

“How can Malaysians pin their hopes on the MACC to take stern action when these cases, some lodged five years ago, have yet to be acted upon by the MACC?

“When the civil servants see the negligence and failures of the MACC in taking swift and stern action regarding this issue, they will look down on the laws and continue their spendthrift ways.

“Moreover, when our federal government officials are wasteful in their expenditures, what more can we expect from civil servants who work under them?” asked Lau.

反贪会的无能证明了国阵政府根本无意履行其改革官僚体制的承诺，因此反贪会更应该执法严厉以及公正不阿，否则公务员对于总稽查司的劝告将不当成一回事。
Posted by LAU WENG SAN at 10/29/2011 02:27:00 am No comments: 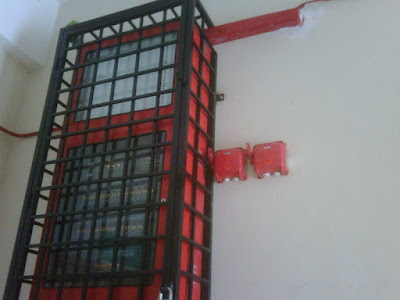 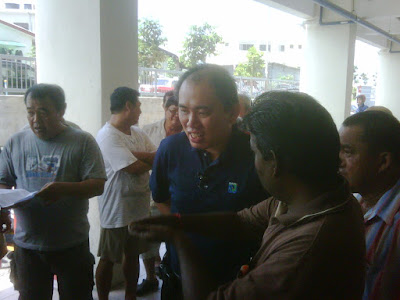 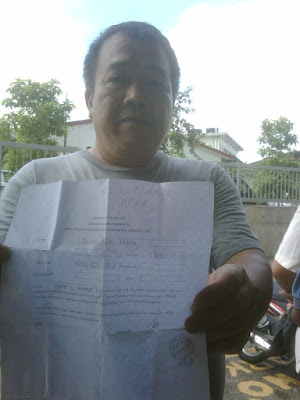 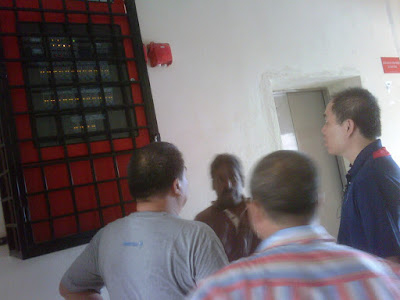 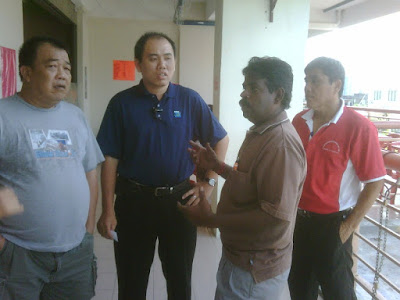 “We suggest to have closed-circuit television in several areas, but it involves costs which need to be assessed by the developer,” he said.
Posted by LAU WENG SAN at 10/29/2011 02:16:00 am No comments: 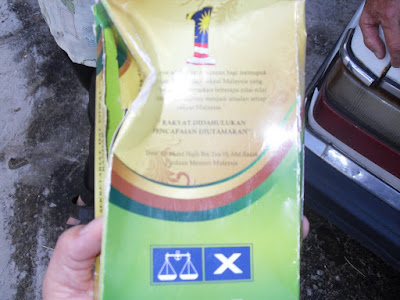 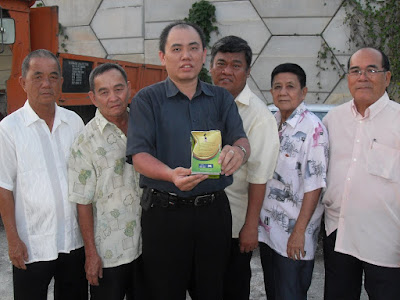 他与乌雪行动党领袖向选举委员会作出呼吁，希望能够尽早揪出这件事情的元凶，并提出告诉，以展示选委会欲改革的决心及其独立公正性。
Posted by LAU WENG SAN at 10/27/2011 10:28:00 am No comments:

Email ThisBlogThis!Share to TwitterShare to FacebookShare to Pinterest
Labels: SPR 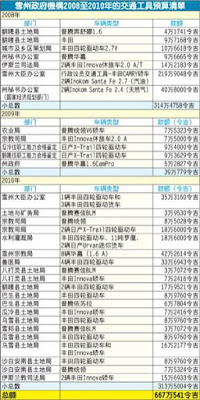 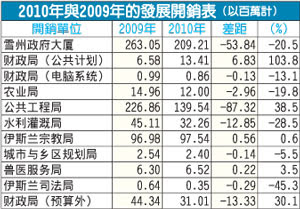 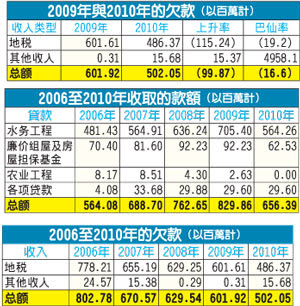 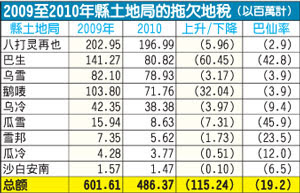 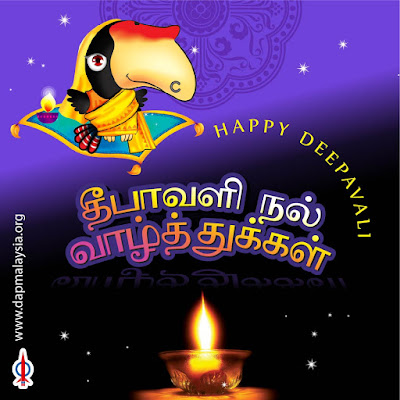 无论如何，我将会在10月26日上午10点半在有关组屋的礼堂会见面对这个问题的居民。我也已经在10月14日致函雪州土地和矿务局总监纳西尔，要求延长转换分层地契的期限。我希望届时面对问题的居民能够准备他们的个人文件呈交给我们处理。
Posted by LAU WENG SAN at 10/24/2011 12:11:00 pm No comments:

最后，本人针对伊大对于阿都阿兹巴里教授的打压行为给予强烈的谴责，并呼吁伊大校方收回成命，让阿都阿兹教授尽早复职。
Posted by LAU WENG SAN at 10/24/2011 11:58:00 am No comments:

国阵尤其是马华领袖在高调问政前，请做好本身在实据及数据上的功课，否则只会让人感到他们只是为了博取见报而“搞”调问政。
Posted by LAU WENG SAN at 10/20/2011 01:25:00 am No comments: 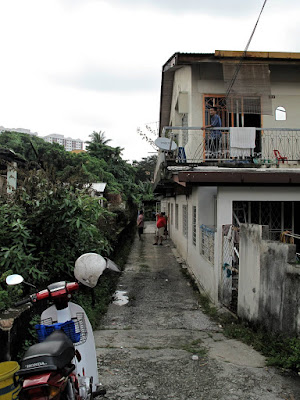 Sungai Way started as a New Village but now makes up part of Petaling Jaya. - Filepic
Properties from a Feng Shui perspective: Part 210By David Koh and Joe Choo | October 14, 2011

When Petaling Jaya was first started, the road naming convention was simple. Just assign a prefix number to indicate the section followed by the road number. All roads in one direction will adopt an even numbered sequence while those perpendicular to that would be odd-numbered. If the roads are through-roads, they are “Jalan” while dead-end roads are usually “Lorong” or lane.

As the township grew and more suburban centres emerged, it became impractical for the authorities to use increasingly bigger numbers for sections. Worse, if one were to omit the “Taman” or “Bandar” in the address or mistake one for the other, it would be nigh impossible for the postman to deliver a letter to Jalan 12/1, for example.Today, roads in townships are given prefixes which is usually the abbreviation of the town’s name or a variation. We are unclear when this started but we probably are not far wrong if our guess is “SS” in Petaling Jaya.

The use of the prefix indicated a break from Petaling Jaya’s road nomenclature and it was given to a swath of new developments at the western boundaries of the then-municipality. The earliest of these was SS1 which was located close to the Sungai Way New Village. The village itself has been given a new name, Seri Setia but locals still use the old name.

The Sunway Group – which grew from a small tin-mining company into a conglomerate involved in property development, hospitality, retail, leisure, construction, healthcare and education, among others – derived its name from Sungai Way, where it first started. Given its high-profile and branding, it is unlikely for the term “Sungai Way” to fade into obscurity.

Now, the prefix “SS” does not stand for Seri Setia, which came later. When SS1 was developed, it was located very close to the Sungai Way New Village and Kampung Subang, which as we all know, gave its name to the former Subang International Airport and the Subang Jaya township.

Thus, “SS” is an abbreviation for Sungai Way-Subang.

There is a current storm in a teacup brewing over Malaysia’s past status as a former colony or a mere British protectorate and whether the Communists were really freedom fighters or guerrilla terrorists. Historians, academicians and politicians have weighed in with their views but we shall refrain from wading in.

Inspired by independence movements in Indonesia which did not accept the return of its Dutch rulers, they decided to evict the British through armed struggle. Overnight, they turned from war heroes to terrorists. Thus, the 12-year Emergency Period began in June 1948.

One of the strategies used by the British was to cut off the guerrillas’ supplies of food, recruits and information. They did so by forcibly resettling about 500,000 people into guarded camps called “New Villages” so that Communist sympathisers could not help them, and the guerrillas could not intimidate the innocent for help.

To assuage these new villagers and win their support, the British provided electricity and water supply, schools and clinics within these villages.

Urban sprawl
Today, these villages have become a part of the urban sprawl. Sungai Way, for example, started as a New Village but now makes up part of Petaling Jaya. It was also affixed the prefix of SS9A. (For Google map reference, log on to maps.google.com.my and search for “Kuala Lumpur”.)

Sungai Way (the River Way) was also called “Dai Gong” or big river, in Chinese. Obviously, it was named after a large river which no longer exists. The nearest semblance of a river in the area today is Sungai Penchala. The others are just large monsoon drains and ditches.

Houses in the original New Village can still be seen – these are single storey timber houses with zinc roofing. Over the years, some of the more prosperous owners tore down their homes and rebuilt them as double-storey bungalows to provide a more comfortable home and to accommodate more family members.

The main street is Jalan SS 9A/1, accessible via the Kuala Lumpur-bound Federal Highway. It is hard to miss thanks to Plaza Seri Setia acting as a landmark and a very visible signage of a bank. The off-ramp is rather steep and reveals the hilly undulating terrain of this area.

To the left and right are shop-houses until the intersection with Jalan 9A/14. Properties on the left (west side) face high ground and are likely to fare poorer than those on the opposite side, which have a high back and low front. One notable casualty is an old cinema that has long since closed down.

Top of the hill
This little hill crests at several shop-houses along Jalan 9A/15 and then plunges downhill again. By virtue of being on top of the hill, these shop-houses do not benefit from any earth energy. Instead they contribute their energy to the land below. Jalan SS 9A/14 continues to Jalan 225 which we covered very recently.

Beyond this are wooden shop-houses and more houses arrayed in a grid. Most of them have either an east or west orientation, with just a few facing north or south. Due to the undulating terrain, it is very difficult for us to discuss this area street-by-street.

In general, west and south are good directions to face in relation to the river. Thus, properties with these directions will normally perform better than their opposite neighbours. However, there will be exceptions. If these properties face uphill, they are likely to fare worse.

Those with a sideways slope will encounter mixed fortunes. In such a situation, we look at which sector of the property is raised highest, and which sector is the lowest. According to the Ba gua, each sector corresponds to a specific member of the family or organisation. The person corresponding to the highest sector will do very well while the one linked to the lowest sector will likely fare poorly.
Posted by LAU WENG SAN at 10/16/2011 11:25:00 pm No comments:

本人因此呼吁，以纳吉为首的联邦政府应该公开谴责砂州政府任意禁止半岛人民进入砂州的行为，要求砂政府无条件让两地人民能够自由沟通交流，以达致东西两地一家亲，如此才能真正显示其有意落实一个马来西亚概念的诚意。
Posted by LAU WENG SAN at 10/04/2011 12:39:00 am No comments: