THE fire that reduced a house in Seri Setia (Sungai Way) New Village to ashes on Sunday evening could have been worse if not for the buffer between the houses.

The buffer cushioned the impact of the fire and prevented it from spreading to other houses.

The fire that broke out at about 5pm left about 20 people homeless.
Several Indonesians, who are permanent residents here, fled the scene but could not save any of their valuables. One of them lost RM6,800 he had saved over 13 years. 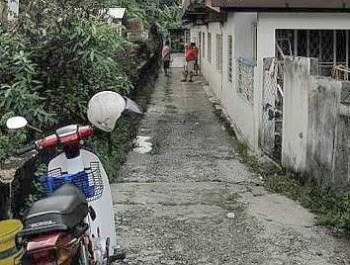 Damage cont rolled: The buffer zone between the houses in the new village prevented the fire from spreading before Fire and Rescue Department personnel arrived.
The fire was believed to have been started by a short-circuit.
However, the Fire and Rescue Department has yet to determine the cause. Officers from the Petaling Jaya City Council (MBPJ), the Welfare Department and the Land Office also rushed to the scene to offer help.

The Indonesians are now temporarily staying at the Seri Setia Multi-purpose Hall while the family is staying in a relative’s house.

Kampung Tunku assemblyman Lau Weng San donated RM500 to the family and provided temporary relief of RM100 each to the Indonesians.

His service centre is also helping the victims to apply for aid from various government agencies.

He urged residents to be vigilant as many houses in the new village were built of wood.

To prevent short-circuits, he advised the residents to check the electrical wiring in their houses.

“Fortunately, there is buffer between the houses because normally new villages are compact — either linked or closely built.

“The buffer prevented the fire from spreading to the neighbouring houses,” he said, adding that about RM200,000 was needed to repair the burnt house.

He said talks on fire prevention had been organised in the past but there was lukewarm response from the villagers.

Lau also said some villagers might also have financial difficulty rewiring their homes and that his service centre would find ways to help them.

MBPJ councillor Darren Tiong said the council would arrange for the fire victims to stay in Lembah Subang PPR while the house was being rebuilt.