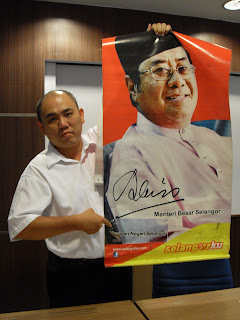 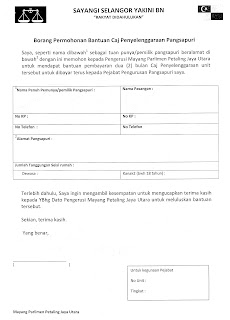 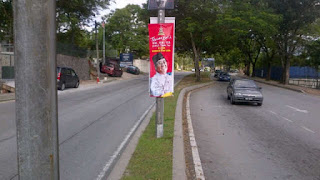 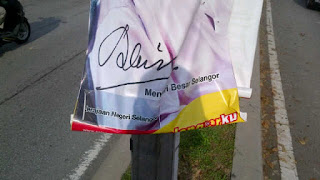 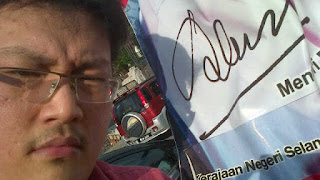 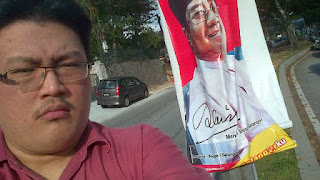 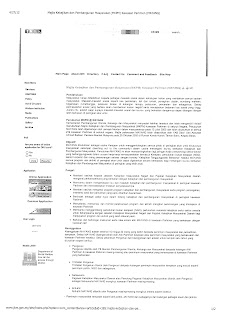 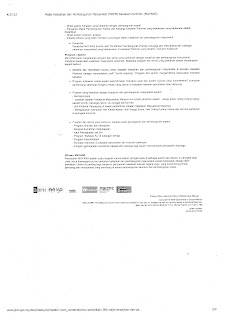 On 22nd April 2012, PJU Mayang conducted a programme in Sri Aman low cost flat which turned out to be a programme for BN political propaganda.

The photos also shows that BN flags are put up during the entire event. Not only that, BN also set up a booth to distribute a form named “Borang Permohonan Bantuan Caj Penyelenggaraan Pangsapuri” or “Low Cost Flat Maintenance Charge Subsidies Application Form”.

It is mentioned in the form that BN will provide two-month maintenance charges for each successful applicant. BN’s “dacing” logo was printed on the top left corner of the form. Next to it is a slogan, “Sayangi Selangor Yakini BN” (Love Selangor, Trust BN). The wordings “Mayang Parlimen Petaling Jaya Utara” was printed on the bottom left corner.

First, I would like to question BN leaders, especially Mr. Kelvin Chong Seng Foo, who was at the scene, that if he believes that Pakatan Rakyat (PR) state government in Selangor should not print party logo on banners belong to state government, then what about BN PJU abusing federal funds for political propaganda as in this case?

Third, why is it not mentioned in the form the criteria for successful application? Is it a trick for BN to buy votes? Not too long ago, Selangor MCA Public Complaint Bureau Chief Theng Bok criticized Selangor Menteri Besar, Tan Sri Khalid Ibrahim, for printing logo of three PR component parties on a state government’s banner to publicize a government event.

What I wish to clarify here is that the state government did make a mistake when it printed parties’ logos on the banner but I believe that the government must have discovered the mistake and immediately printed a sticker to cover the logo before the banners were put up.

I believe the banners that Theng Bok shown to the press earlier are not the real banners finally put up in the street. It could be due to extreme weather that the sticker was pulled put unintentionally or the stickers maybe purposely pulled away by irresponsible people for cheap political publicity, which is a deplorable action to be condemned.